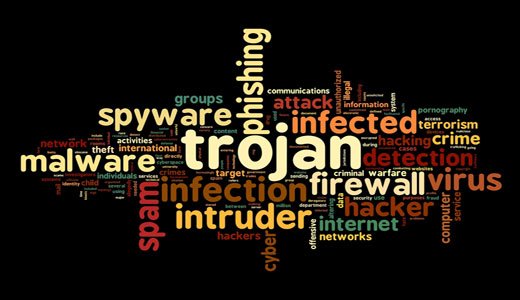 All You Need To Know About Trojan Horse Virus

Here’s a Trojan Horse Virus example to show how it works.

You might think you’ve received an email from someone you know and click on what looks like a legitimate attachment. But you’ve been fooled. The email is from a cybercriminal, and the file you clicked on and downloaded and opener has gone on to install malware on your device. Once you install and execute that software, then the malware can spread to infect other files and eradicate your system’s security.

How? It varies. Trojan Horse Viruses are designed to do different things. But you’ll probably wish they weren’t doing any of them on your device.

Here’s a look at some of the most common types of Trojan Horse Virus, including their names and what they do on your computer:

This Trojan Horse Virus can create a “backdoor” on your computer. It lets an attacker access your computer and control it. Your data can be downloaded by a third party and stolen.

This Trojan Horse Virus performs DDoS attacks. The idea is to take down a network by flooding it with traffic. That traffic can be easily sent by some infected systems.

This Trojan Horse Virus behaves like antivirus software, but demands money from you to detect and remove threats, whether they’re real or fake.

The losers here may be online gamers. This Trojan Horse Virus seeks to steal their account information.

This Trojan Horse Virus takes all the data and leaves infected computer.

This Trojan Horse Virus seeks to steal the email addresses you’ve accumulated on your device.

This Trojan Horse Virus seeks a ransom to undo damage it has done to your computer. Which involves blocking your data or interfering with your system’s performance.

This Trojan Horse Virus can give afull control of your computer to the attacker via a remote network connection, in order to stealyour information or spyon you.

A rootkit goal is to hide as a UN noticed object on your infected computer, in order to extend the time a malicious program runs on your device.

This type of Trojan Horse Virus infects your mobile device and can send and intercept text messages. Texts to premium-rate numbers can drive up your phone costs.

This Trojan Horse Virus takes aim at your financial accounts. It’s designed to steal your account information for all the things you do online. That includes banking, credit card, and bill pay data.

This Trojan Horse Virus targets instant messaging. It steals your logins and passwords on IM platforms.

That’s just a sample. There are a lot more.

Trojan Horse Virus attacks can inflict a lot of damage. At the same time, these viruses continue to evolve. Here are three examples.

After a long hiatus, Emotet’s activity increased in the last few months of 2017, according to the Symantec 2018 Internet Security Threat Report. Detections increased by 2,000 percent in that period. Emotet steals financial information, among other things.

This malware has been around since 2013. More recently, it can deliver ransomware or a crypto jacker (allowing criminals to use your device to mine for cryptocurrency) to infected computers.

This banking Trojan Horse Virus is another oldie but a baddie. ZeuS/Zbot source code was first released in 2011. It uses keystroke logging recording your keystrokes as you log into your bank account, for instance, to steal your credentials and perhaps your account balance as well.

Trojan Horse Viruses aren’t problems for only laptop and desktop computers. They can also impact your mobile devices, including cell phones and tablets.

In general, a Trojan Horse Virus comes attached to what looks like a legitimate program. In fact, it is an illegal version of the application, loaded up with malware. Cyber criminals will usually place them on unofficial and pirate app markets for unsuspecting users to download.

In addition, these apps can also steal information from your device, and generate revenue by sending premium SMS texts.

One form of Trojan Horse Virus has targeted Android devices specifically. Called Switcher Trojan Horse Virus, it infects users’ devices to attack the routers on their wireless networks. The result? Cyber criminals could redirect traffic on the Wi-Fi-connected devices and use them to commit various crimes.

Here are some dos and don’ts to help protect against Trojan Horse Virus. First, the dos:

Computer security begins with installing and running an internet security suite. Run periodic diagnostic scans with your software. One can easily set it up so that the software can runs scans automatically.
Update your operating system’s software as soon as updates are made available from the software company. Cyber criminals tend to exploit security holes in outdated software programs. In addition to that one must also check for updates on other software that they use on their computer.
Protect your accounts with complex, unique passwords. Create a unique password for each account using a complex combination of letters, numbers, and symbols.
Always employ firewall to keep your personal information safe and secure.
Back up your files regularly. If a Trojan Horse Virus infects your computer, this will help you to restore your data.
Be careful with email attachments.

Various tasks you perform on the internet also come with a corresponding thing not to dolike, always be careful with email attachments and avoid clicking on suspicious email attachments. Here are some more don’ts.

Don’t visit unsafe websites. Some internet security software will alert you that you’re about to visit an unsafe site, such as Norton Safe Web.
Don’t open a link in an email unless you’re confident it comes from a legitimate source. In general, avoid opening unsolicited emails from senders you don’t know.
If you don’t have complete trust in the publisher, then don’t download or install that software.
Avoid clicking on pop-up windows that promise free software that can perform useful tasks.
Don’t ever open a link in an email unless you know exactly what it is.

A final note on Trojan Horse Viruses for history and mythology buffs. These viruses take their name from the hollow wooden horse that the Greeks hid insideduring the war. The opponents thought that the horse was a gift, opened their walled city to accept it, allowing the Greeks to come out of hiding at night to attack the sleeping soldiers.

In the same way, if you’re the victim of Trojan Horse Virus attack, you could find yourself on the losing side. It pays to stay alert, be careful, and don’t take chancesno matter what type of devices you’re using.