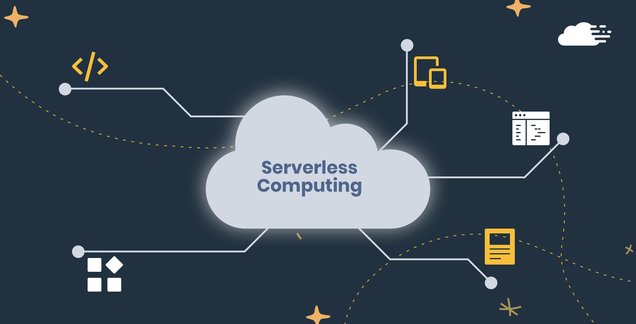 If you’ve chosen to read this article, you’re likely aware that Server-Less Architecture is the next big thing in the cloud paradigm. Since the Amazon Web Services introduced its Lambda platform the Server-Less Architecture has become mainstreams buzzword and grabbed the attention of various brands like Nike,Netflix, BBC and Airbnb. However,the word Server-Less Architecture does not represent the actual state of the technology. This is basically a server where the client doesn’t have to manage, purchase or maintain that particular server. You outsource all server management to someone else, adding a level of abstraction in your cloud foundation. It opens wide opportunities for the developers, as now they have the ability to push server maintenance and put more focus on developing user friendly applications.It is highly important for the business that the deployment of the marketing idea should be as spontaneous as possible. Basically, the approach to Server-Less Architecture is mainly driven by business;it means that by which third parties handle your technical concerns while you focus on delivering results.

Using a traditional cloud model (often called Cloud 1.0), you simply move your storage and networking to the cloud, but you still have to access and monitor it remotely via virtual machines (VMs). The Server-Less Architecture is an approach that takes it to the next level. Where a developer selects an environment in which the code is created by c#, Node.js. Python, etc and then uploads the same code file, then the code by gets automatically deployed by the system. One can easily describe the communication pattern of these service and their data access points by using vendor’s own ecosystem.

Another name for Server-Less Architecture is Function-as-a-Service (FaaS), referring to the way developers assemble code into building blocks called functions. This cocept is quite similar to Micro-Services where immense amount of codes are being split into small fragments and the manageable elements are then scaled and updated separately. However, the Server-Less Architecture take sit even further by creating partitions even further.

I presume that no one wants to occupy the extra space of their camera hard drives recording everything that happens on the street. That’s why we employ motion activated cameras to detect suspicious behavior when we’re not at home. Server-Less Architecture works similarly: Just like a motion sensor, it only works when a particular pre-programmed event is triggered. Server-Less Architecture is stateless, meaning it only executes a task and doesn’t store or re-deployment of requests.

In the traditional could system one has to keep the server ready to process requests at all times. It is like keeping your air-conditioning on the entire year, all the time regardless of what weather you are having and end up spending huge part of your fortune on electricity bills. Constant server availability leads to significant back-end costs every month, irrespective of CPU time and memory that are actually practiced. Alternatively, Server-Less Architecture vendors allow you to pay a fraction of a price per request, which means that your costs will depend only on how much traffic you had this month.

Service vendors such as:

They normally provide similar opportunities in pricing and millions of requests are free of cost, making an easy budgets and great starting point.  However, the main difference lies mostly in the community support and the availability of languages supported. To figure out what is better for you, check our comparison of the major Server-Less Architecture providers.

Engineering-wise, the benefits of Server-Less Architectures obvious. It’s a simplified approach to development that eliminates a complicated layer, streamlining engineering efforts. Now let’s talk about how it benefits the business activities.

As discussed earlier that the Sever-Less Architecture allows one to pay the fraction of the price per request, which is highly beneficial for start-ups, as they can easily build their online presences and gain traffic at extremely reasonable cost.

Everyone wants to build the next Uber, but would you risk provisioning foundation just in case? With Server-Less Architecture, you don’t have to make a choice, but you’ll still be ready for any volume of growth.

Just as you don’t have to spend hundreds or thousands of dollars on hardware, you can stop paying engineers for maintaining it.

By saving the resources from the server expense the companies can focus more on improving the products features and make it more convenient to meet the needs of their customers.

When you give a vendor the reins to control your operations, you have to play by their rules and it can be extremely complex situation, when one decides to migrate to another vendor. The same concern refers to coding languages: Right now only Node.js and Python developers have the freedom to choose between existing options for Server-Less Architecture.

The service provider such as Lambda only gives you some minutes to execute the task and if you fail to complete the task in that time period then one might have to call another function. Server-Less Architecture is great for short real-time or near-real-time processes like sending out emails. It requires additional Sever-Less Architecture functions in order to carry out the long duration tasks such as uploading video files.

Currently, most of the technology adopters are startups who seek for a possibility to scale painlessly and lower the entrance barrier. Server-Less Architecture is also a perfect approach for applications that don’t run continuously but rather have quiet periods and peaks of traffic.

People using chats expect immediate responses which is why data processing via Server-Less Architecture can be faster. As your application grows from one hundred to several thousand clients, your processing time should also stay the same which is automated with FaaS.

To maintain great client experience, developers have to provide multiple versions of the same images for different screen sizes – from desktops, to tablets and smartphones. This significantly decreases loading time. However, the Google and AWS facilitates their clients by providing a tool to optimize their image as per their requirements, which makes a perfect solution for image-heavy applications.

Adopting Server-Less Architecture doesn’t just mean a technical change but also a mindset change. For many companies running on legacy foundation, the migration will be painful and not as cost-effective as it’s promised to be for starting organizations. By adopting Sever-Less Architecture one can avoid all the hardship and extra maintenance of the server and can achieve an optimum work flow. In addition to that the Server-Less Architecture is far from mainstream, though it’s moving in that direction and pretty fast. Various experts predict that the Server-Less Architecture will reach its plateau of productivity in 2-5 years, along with machine learning, VR and IoT. The technology is already available. The real struggle here is to determine the breadth of possible usage and waiting for the larger language and functionality pool from all vendors.